Def Leppard announced they are returning to Las Vegas (aka “Sin City”) for a second residency — this time at Planet Hollywood Resort and Casino’s Zappos Theater.

Def Leppard’s previous Las Vegas residency was 2013’s “Viva Hysteria!,” which was a wonderful, unique concert experience — especially for anyone who (unfortunately) never got to see the band during their unforgettable Hysteria tour in the late ’80s.

It will be interesting to see what setlist this Def Leppard Las Vegas residency will feature.

Initially, some had thought this would be their “Viva Pyromania,” but if this was going to be a Pyromania-themed concert event, the residency’s announcement would have mentioned it.

It’s safe to assume — especially since they’re using the term “Hits Vegas” to promote the residency — that the band’s “hits” will be the focus. 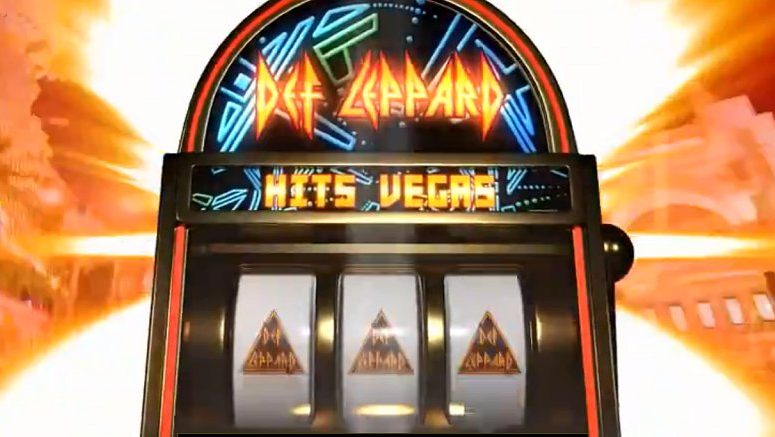 For any Def Leppard fan who has seen the band perform in recent years, I think you’d agree that it would be a welcome change if the band freshened up their setlist a bit this time around. (I’m guessing they will, to some extent.)

If this is in fact yet another “greatest hits” type of concert — not that there’s anything wrong with that — at least replacing some songs like “Rock On” and “Man Enough” for other “hits,” or even some deep track favorites they haven’t played in a long time, would be a nice change of pace.

MUST READ  Def Leppard Greatest Hits: Comparing The Releases (Which To Choose)

You can view tour dates and ticket purchase options in the Tour Info/Tickets section — for Def Leppard AND MANY OTHER artists you might be interested in.

The band’s 2019 schedule filled up quite nicely.

It included their Rock & Roll Hall of Fame induction, international tour dates (some with Bon Jovi, others with Whitesnake), a summer tour in Canada with Tesla, and the Las Vegas residency at Planet Hollywood.