Welcome to another edition of Def Leppard News Bites! 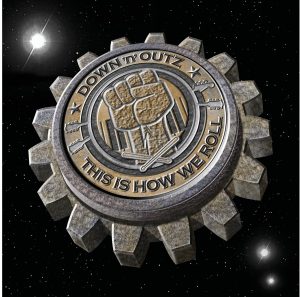 The album titled “This Is How We Roll” is now available for purchase on CD, LP, and digitally (Amazon MP3 and iTunes).

“Boy, has this been a long time coming?! Recorded in infrequent bursts of activity over a 5-year period whenever our respective motherships allowed, I’m extremely proud of what we’ve achieved with this album. I’m blessed to have worked with such a superb bunch of musicians on this collection of songs. To a man, and woman (!), they completely got my vision of what I wanted us to convey on this record & as usual, working with a world-class producer/engineer in Ronan McHugh has guaranteed the sound of the record to be top-notch! I couldn’t be more proud.”

You can also check out all Down ‘n’ Outz previous releases here.

A variety of topics were discussed with Joe: Def Leppard’s longevity, the band’s recent iHeart Radio appearance, the Las Vegas residency, the new Down ‘n’ Outz album, and more.

“If you’re still doing this in your 70s you’re even cooler than you were 20 years ago. Look at Aerosmith, look at the Stones, look at McCartney,” Def Leppard frontman Joe Elliott says, “There’s a cred factor.”

Joe Elliott divulged to Eddie Trunk that Def Leppard will release a 1980 live concert performance next year…in time for the 40th anniversary of debut album On Through The Night. 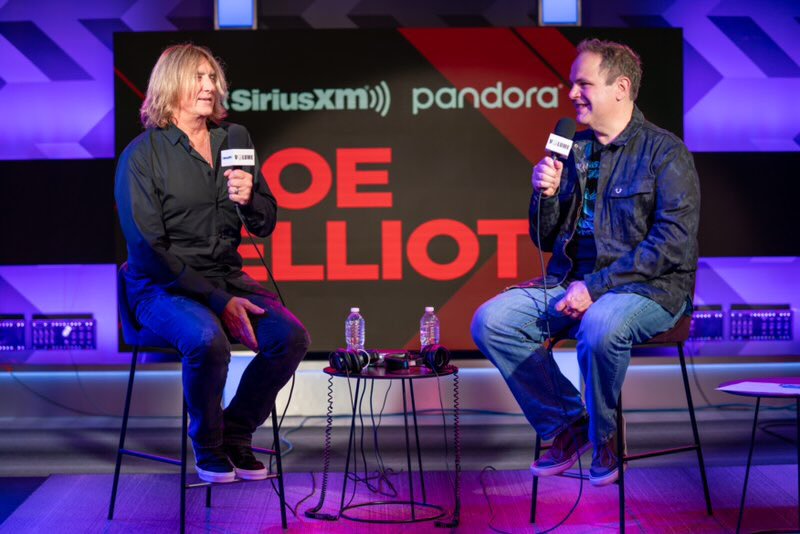 “I don’t know how much of this I can say right now. I might be breaking protocol. But I will say this much: There’s a companion piece to On Through the Night, there’s a brand-new, just-mixed live performance from the Oxford Theatre in 1980 … which has never been heard ever.”

“It is what it is. It’s us live in 1980. We were discussing off-mic about lip-syncing or overdubbing … You can’t expect a 59-year-old me to go in and clean up a 20-year-old vocal. You know what I mean? So, it is what it is. But I tell you this much: the band… As I said in the liner notes, when you peer through the curtain of uncertainty that my voice was back in those days, there is a fantastic band onstage. And the two-armed Rick Allen with Sav [bassist Rick Savage] was some rhythm section to come, considering he was 16 years old and Sav was 17, I think — maybe 18. And Pete and Steve [Clark] were 17 and 18 years old. It was some band.”

Vivian revealed he recently had spine surgery…but (no surprise) that’s not going to keep him from performing:

“My back is the issue at the moment. I did spine surgery last Wednesday, so I’m sitting here with an ice pack and a back brace on. So I’m a little concerned about that. It’s gonna be difficult for me to do these next couple of weeks’ worth of [Def Leppard and Last In Line] shows. I’m gonna be moving very slowly. But I know that I can get on stage and I can play guitar and I can sing, so that’s all I need to do. It’ll be the travel in between that’s gonna be extremely uncomfortable.” 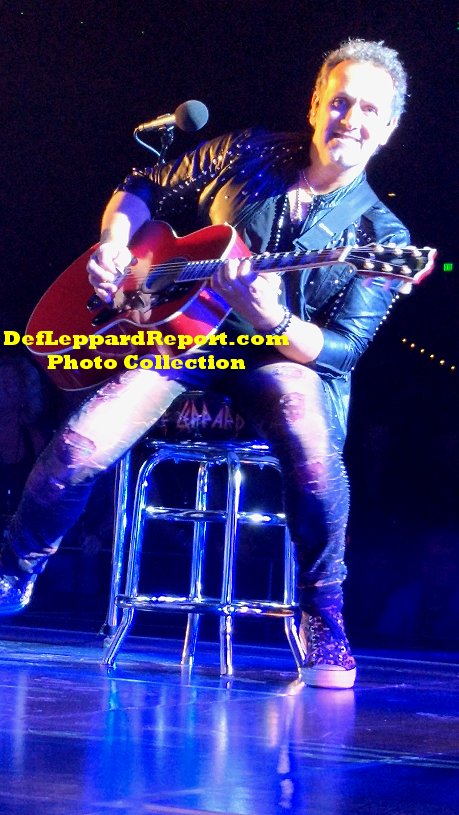 Read more about it here.

Read an in-depth look back at this unique compilation here! 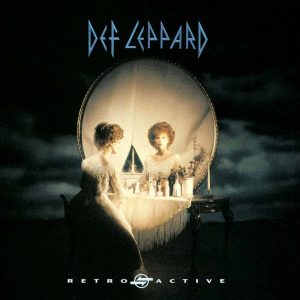 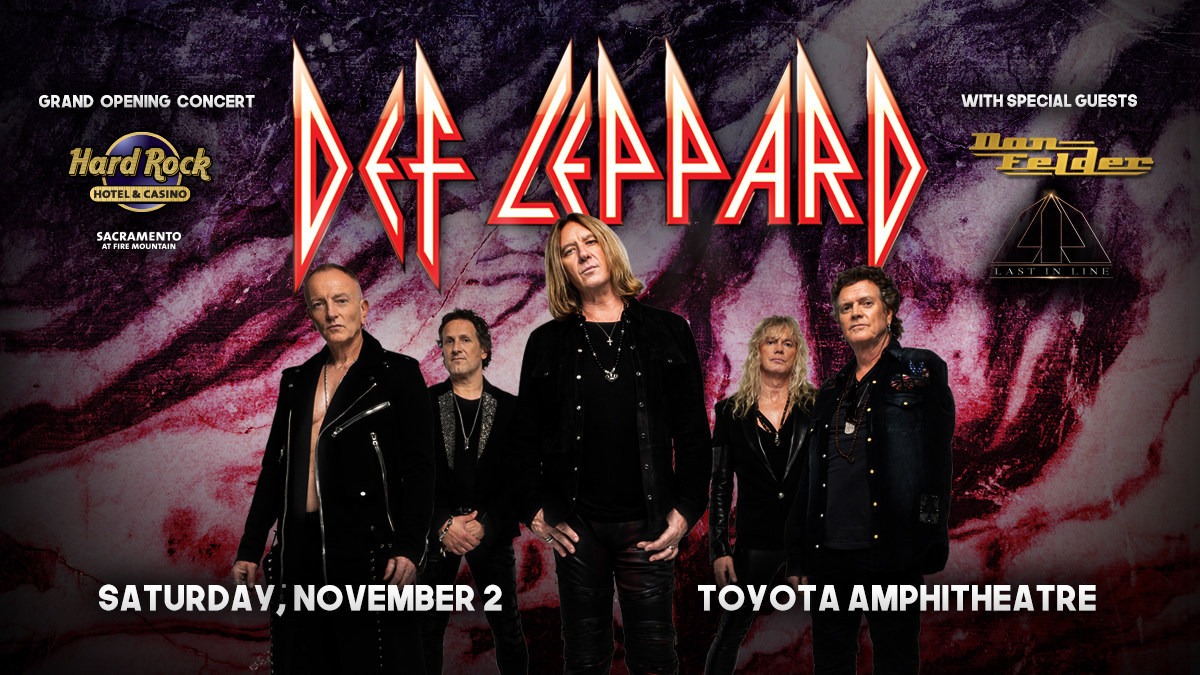 You can still purchase tickets for this show in the Tour Dates/Tickets section — you’ll also find tour info and ticket purchase options for MANY other artists that might be of interest!

Here’s a glimpse at some of the most recent social media-only posts: 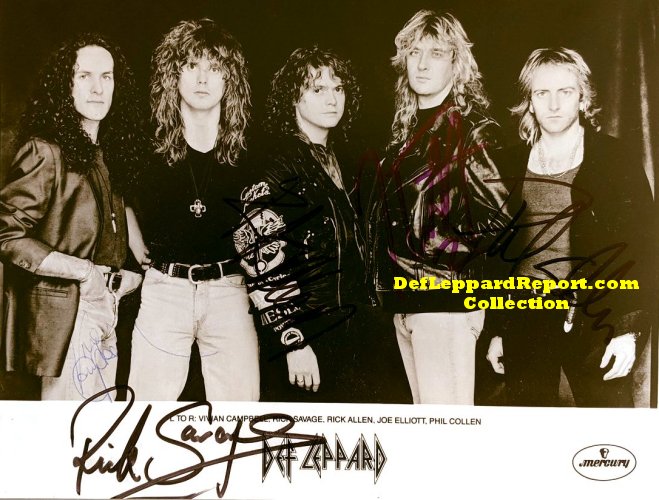 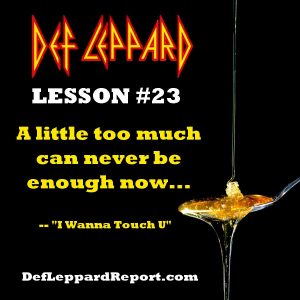 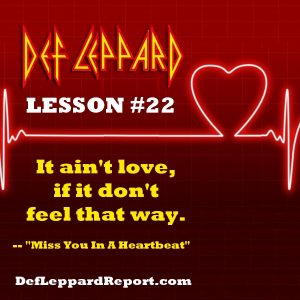 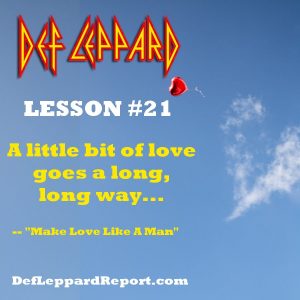 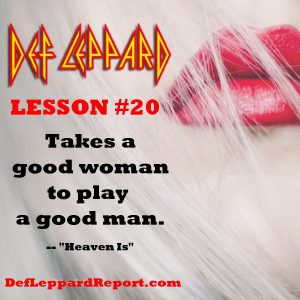