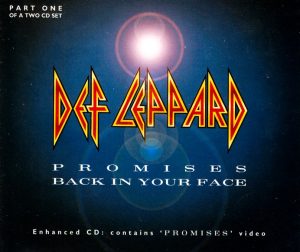 The track is also included in two of Def Leppard’s greatest hits releases — Rock of Ages: Definitive Collection and The Story So Far (2-CD version only).

Another way to look at it: “Promises” is Def Leppard simply being…well, Def Leppard.

Is it? Let’s take an in-depth look back…

As grunge dissipated from mainstream radio airwaves, popular music redefined itself once again, this time going in a completely different direction, led by the likes of Britney Spears, Backstreet Boys, and N’Sync.

It had been over three years since Def Leppard had released Slang, which could be considered the most “non-Def Leppard” album they ever recorded. The album quickly came and went from a sales standpoint, which wasn’t a surprise, considering the band members themselves joked that the album should have been titled “Commercial Suicide.”

But with the darker days of the grunge era behind them and the return of more cheery, pop music trends emerging in their favor, what better time for Def Leppard to release a brand new album!

The timing was ripe for Def Leppard to revisit their arsenal of trademark harmonies and hooks, all tightly wrapped within a big, polished production.

And no time like the present for the band to quench their fans’ years-long thirst (as only they can) for feel-good songs soaked with satisfying melodies.

In other words, for Def Leppard to do what they do best.

The end result was Euphoria, an album some would argue is the worthy successor to Hysteria, more so than Hysteria‘s actual follow-up, Adrenalize. (You can read a more in-depth overview of Euphoria here.)

Which brings us to “Promises,” the song chosen as the all-important first single to launch the Euphoria album.

As a result, “Promises” undoubtedly recaptured the radio-friendly magic the band frequently enjoyed in years past, not only showcasing their trademark sound but with a fresh take: a newer, albeit classic, Def Leppard sound for the 2000s.

This was essential, as it’s important to keep in mind how much had changed for the band over the past decade: the golden, chart-topping days of Hysteria were long gone; Steve Clark was no longer around to contribute as a result of his tragic death; Adrenalize didn’t include guitar contributions from newest member Vivian Campbell, and Slang was a grand departure from Def Leppard’s trademark sound. So Euphoria — on the back of “Promises” — was truly the band’s first opportunity as the latest five-piece (i.e. with Vivian Campbell) to return to and showcase Def Leppard’s signature sound.

Disappointing? Sure, especially for a band who once ruled that chart during the days of Pyromania, Hysteria, and (to an extent) Adrenalize.

It’s not surprising that the chart performance for “Promises” was a bit of a let-down for the band:

“‘Promises’ should have been a hit and ’21st Century Sha La La La Girl,’ stuff like that. They were great and had they been done in a slightly different time or environment, I think they would have been bigger songs.”
— Phil Collen (Songfacts.com Interview)

“It’s a little difficult with the radio aspect. Radio is changing to a certain degree, but the first single hasn’t really kicked in the way we thought it was going to.”
— Rick Allen (Music Morsels Magazine)

The lack of “Promises” becoming a smash hit single doesn’t make the song’s impact any less, especially in strongly positioning Euphoria for launch.

Charting in the late ’90s was vastly different than the ’80s. In hindsight, not only had music trends changed in the ’90s, so did chart trends and performance…which is why that type of data would become less and less important with each subsequent Def Leppard release.

In addition, when “Promises” was officially released, references were made comparing the song to “Photograph,” which was a bit unfair in setting expectations. Understandably, part of it was done to position the track and promote Euphoria‘s release, but it was unrealistic to expect “Promises” to perform as well as one of Def Leppard’s most iconic hit songs.

Nevertheless, that type of comparison provided Def Leppard’s record company with an opportunity to solicit pop radio stations that hadn’t played new music from the band in years and encourage them to reconsider. The sales pitch was compelling: “Promises” has “hit single” written all over it; it features Def Leppard’s classic sound, Mutt Lange is involved, and it will remind you of “Photograph.” Forget about Slang and Adrenalize, think Pyromania and Hysteria!

In the end, for a band that had to battle through numerous years where their music had become much less popular, the amount of radio airplay “Promises” achieved was impressive, especially during a time when musical tastes (and the music industry as a whole) were ever-changing.

MUST READ  Def Leppard: Hysteria (Album Anniversary): A Look Back

The “Promises” music video’s concept is similar to numerous other Def Leppard music videos, balancing performance footage of the band with a secondary storyline, this time courtesy of an audience enjoying a 3-D planetary light show courtesy of the Griffith Observatory. 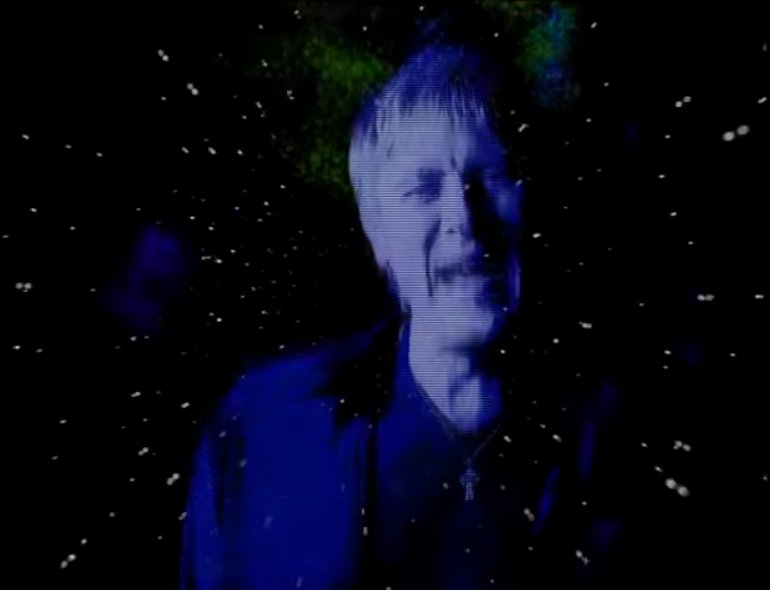 The band’s footage is incorporated nicely with the light show storyline, though a few too many cuts back and forth between the two (along with strobe lighting and other visual effects) becomes a bit distracting… 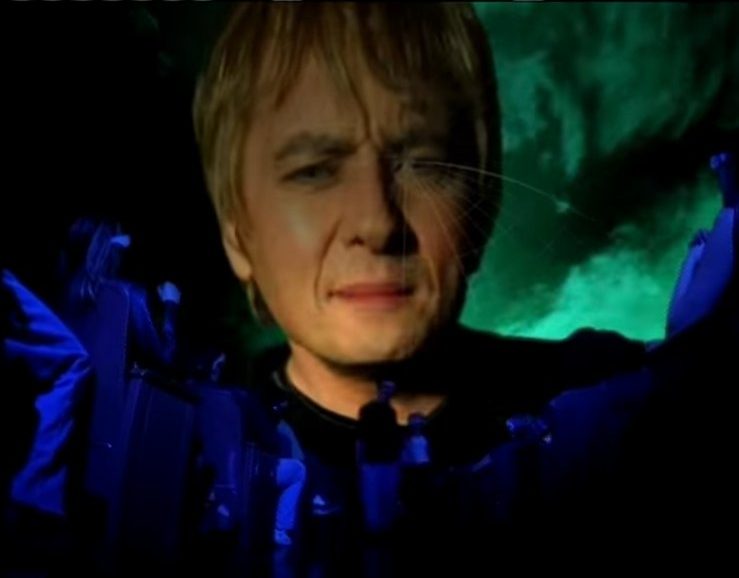 Ultimately, there isn’t anything wrong with the concept, but fans sometimes just want to see the band straight-up perform and they don’t need special effects to take center stage: 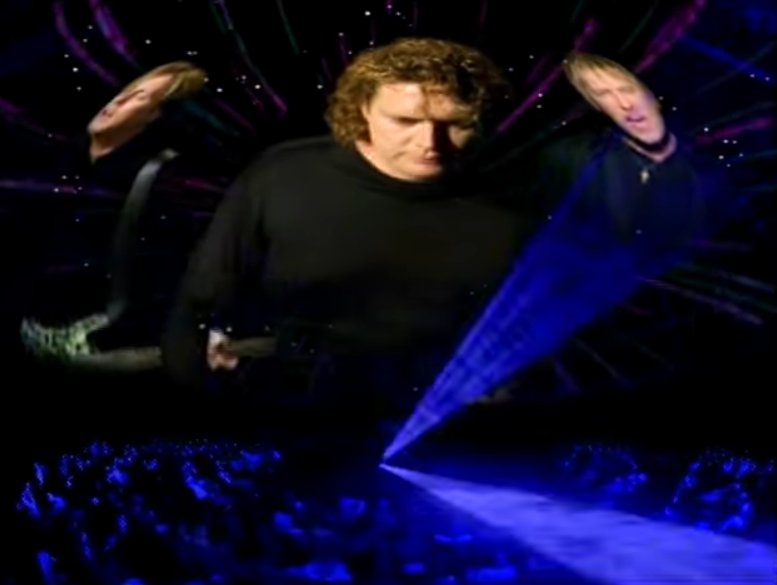 The video also provided fans with the opportunity to see the band’s new “look,” courtesy of a short-haired Joe Elliott… 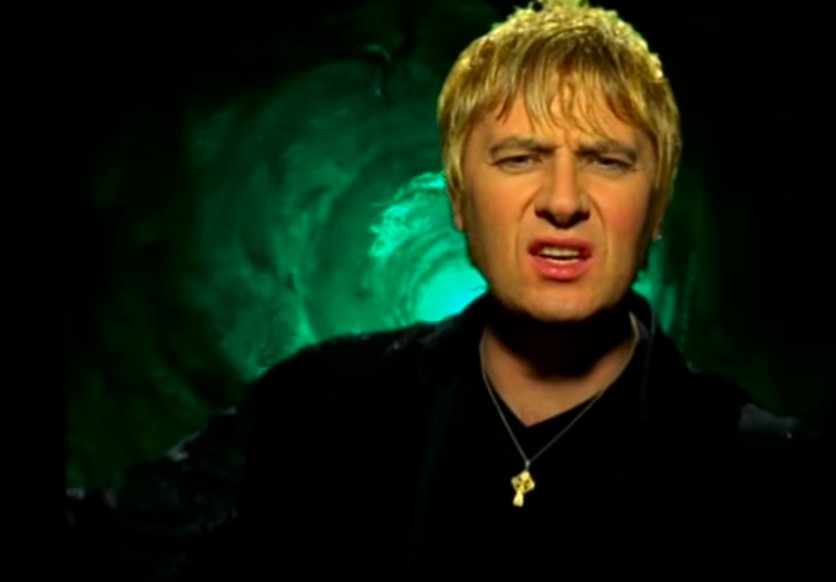 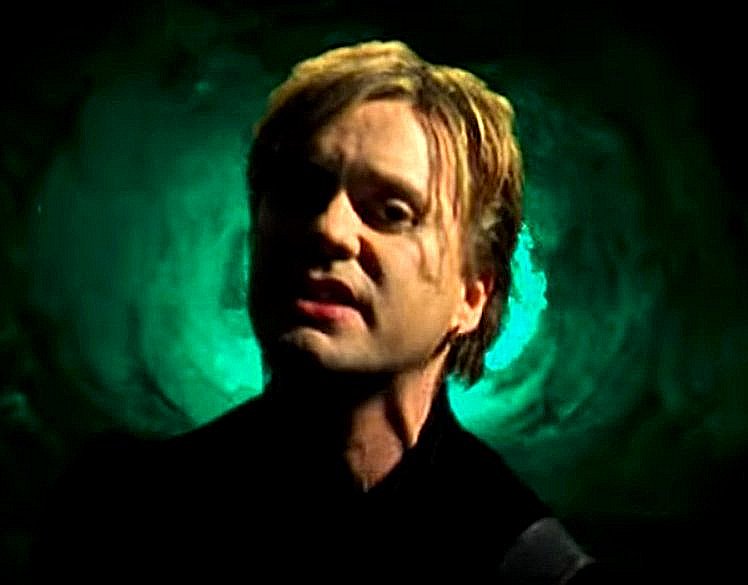 You can view Def Leppard’s “Promises” music video here (along with every other official music video from the band).

“Promises” did a fine job reintroducing Def Leppard and the band’s trademark sound.

It also worked perfectly as Euphoria‘s first single and is a major reason why Euphoria ended up selling nearly 100,000 copies (just over 98,000) in its first week of release. (The album went on to be certified gold.)

“Promises” put Def Leppard back on a path to do what they do best: providing listeners with escapism via feel-good music that overflows with hooks and melodies.

Decades after its release, the song still makes an appearance on Def Leppard’s concert tours now and then, pleasantly surprising audiences hoping for a bit of a shake-up to the band’s setlist.

The Def Leppard Report ranks “Promises” the #1 track off the Euphoria album. The song best represents what Euphoria is all about: Def Leppard’s return to form. To this day, “Promises” remains one of the band’s “newer” classics, hitting a sweet spot that’s sure to satisfy fans craving that trademark sound they know so well from their favorite band.