Def Leppard’s “Personal Jesus” cover of Depeche Mode’s classic song is solid, filled with gritty, driving guitars, and an irresistible, mesmerizing groove. While it’s quite faithful to the original version, it still has an identity all its own and works well for what it is. 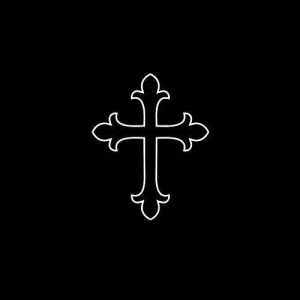 Let’s reach out and touch faith…and take a look back at Def Leppard’s “Personal Jesus” remake!

In case you weren’t aware, “Personal Jesus” was recorded during Def Leppard’s Spotify Singles recording session back in 2018.

Guitarist Phil Collen revealed how the cover version came about on Spotify’s Under Cover podcast:

“We did a covers album called Yeah!  and we made a point to not do Beatles, Stones, or Zeppelin – the run of the mill stuff.

“When this session came up, what was really interesting was that everyone was going, ‘Maybe we could do an Eagles song or an ABBA song.’ It was like, ‘No! That’s naff, that’s passé. Let’s do something that we wouldn’t have normally done. It would be really cool to do something that’s quite vital.’

“And Ronan, who’s our out-front guy, used ‘Personal Jesus’ to test the PAs. Vivian Campbell said, ‘Hey, why don’t we do ‘Personal Jesus’?’ That’s one song that everyone agreed on.”

The tidbits Phil revealed does leave one to wonder how intriguing it would have been if Def Leppard chose to cover a track from The Eagles or ABBA, especially the latter.

Rick Savage penned Def Leppard’s fantastic (and underrated) Mirror Ball track “Kings of the World,” a song whose melody immediately brings to mind ABBA’s classic “The Winner Takes It All.” Just imagine if Def Leppard actually covered an ABBA song — melodies galore and soaring choruses are Def Leppard and ABBA specialties; not only would it have been a striking, albeit unconventional, pairing, it could have been an exciting musical experiment.


How About A Different “Mode”?

ABBA musings aside, a little more of an adventurous selection from Depeche Mode’s catalog might also have been compelling.

For example, “Enjoy The Silence” could have been an amusing challenge compared to the more straightforward “Personal Jesus”; even lesser-known Depeche Mode gems like “Home” open up a world of opportunity and makes one wonder what Def Leppard could have done with it if given the chance.

Unquestionably, many Def Leppard fans are more than happy with the band’s “Personal Jesus” cover, and there’s absolutely nothing wrong with their version’s end result; arguably, it’s one of the best “Personal Jesus” covers ever recorded. (The track also made it onto Def Leppard’s greatest hits compilation The Story So Far — The Best of Def Leppard, which you can read more about here.) 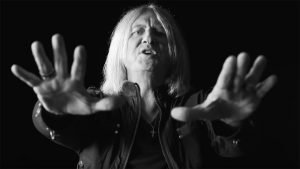 Taking a bigger risk in their song selection would definitely have been more provocative, especially since (in case you weren’t aware) “Personal Jesus” has been covered countless times by many other artists — from Johnny Cash to Marilyn Manson.