That being said, the stars perfectly aligned while I was out of town for the past few days: As luck would have it, I was able to swing by Las Vegas and got to see Def Leppard’s fantastic “Hits Vegas” show on August 20th.

Along the way, I also got to meet many wonderful Def Leppard fans (you know who you are!).

If you’re not able to go to the “Hits Vegas” residency, I hope sharing this first-hand account via a visual journey helps (a bit) in making you feel part of the whole experience. 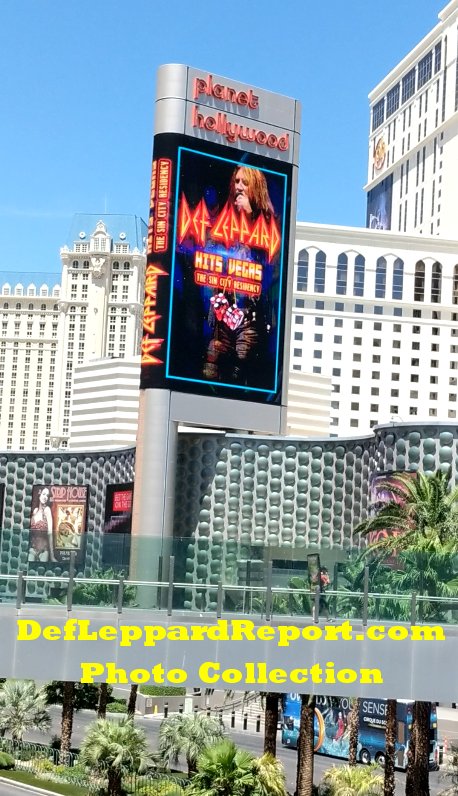 …as well as on the inside, most notably with enormous signage in their casino: 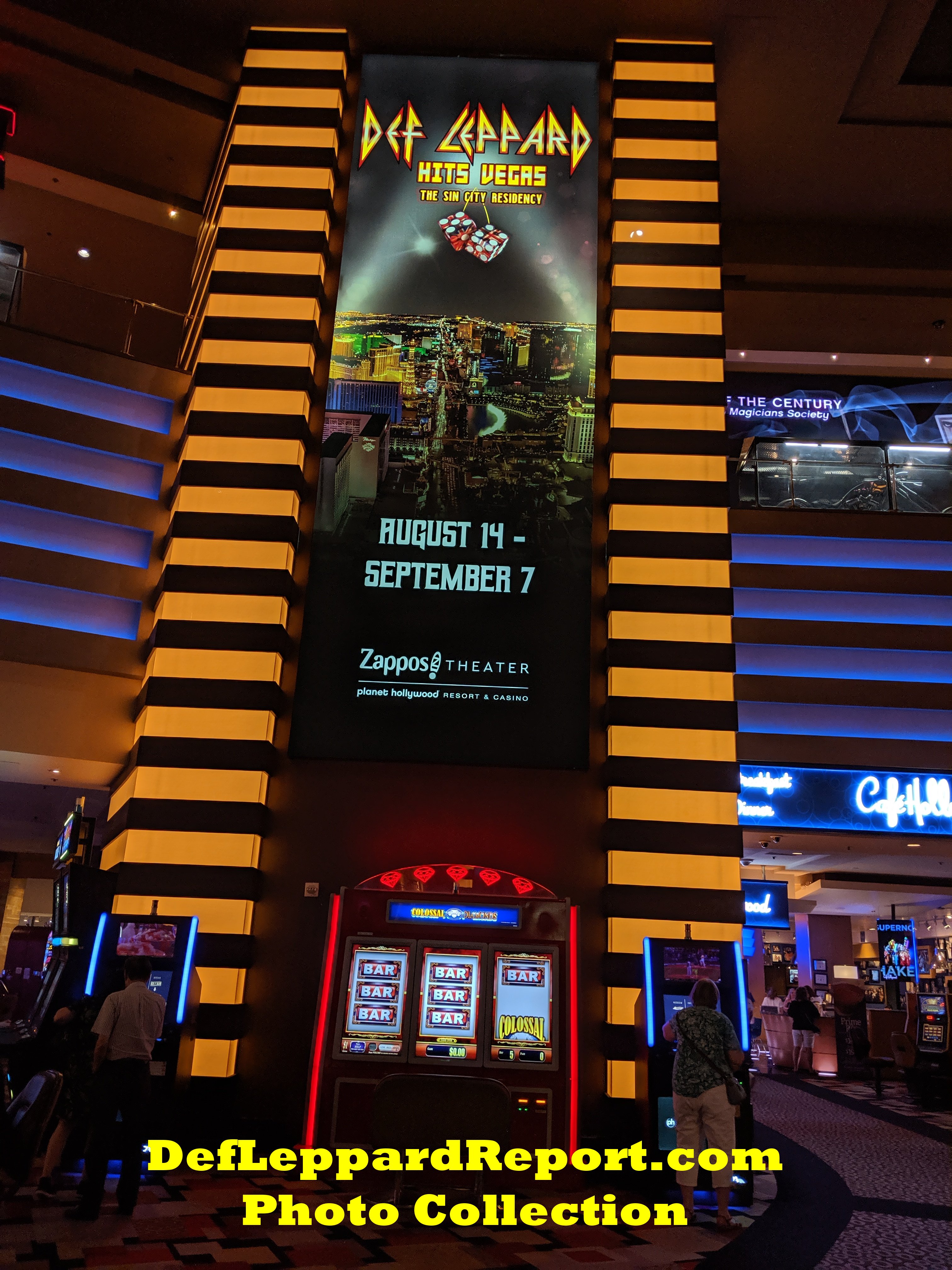 The Zappos Theater store is merchandised throughout with Def Leppard items, including an area dedicated to Rick Allen’s paintings (which is promoted in the store’s doorway): 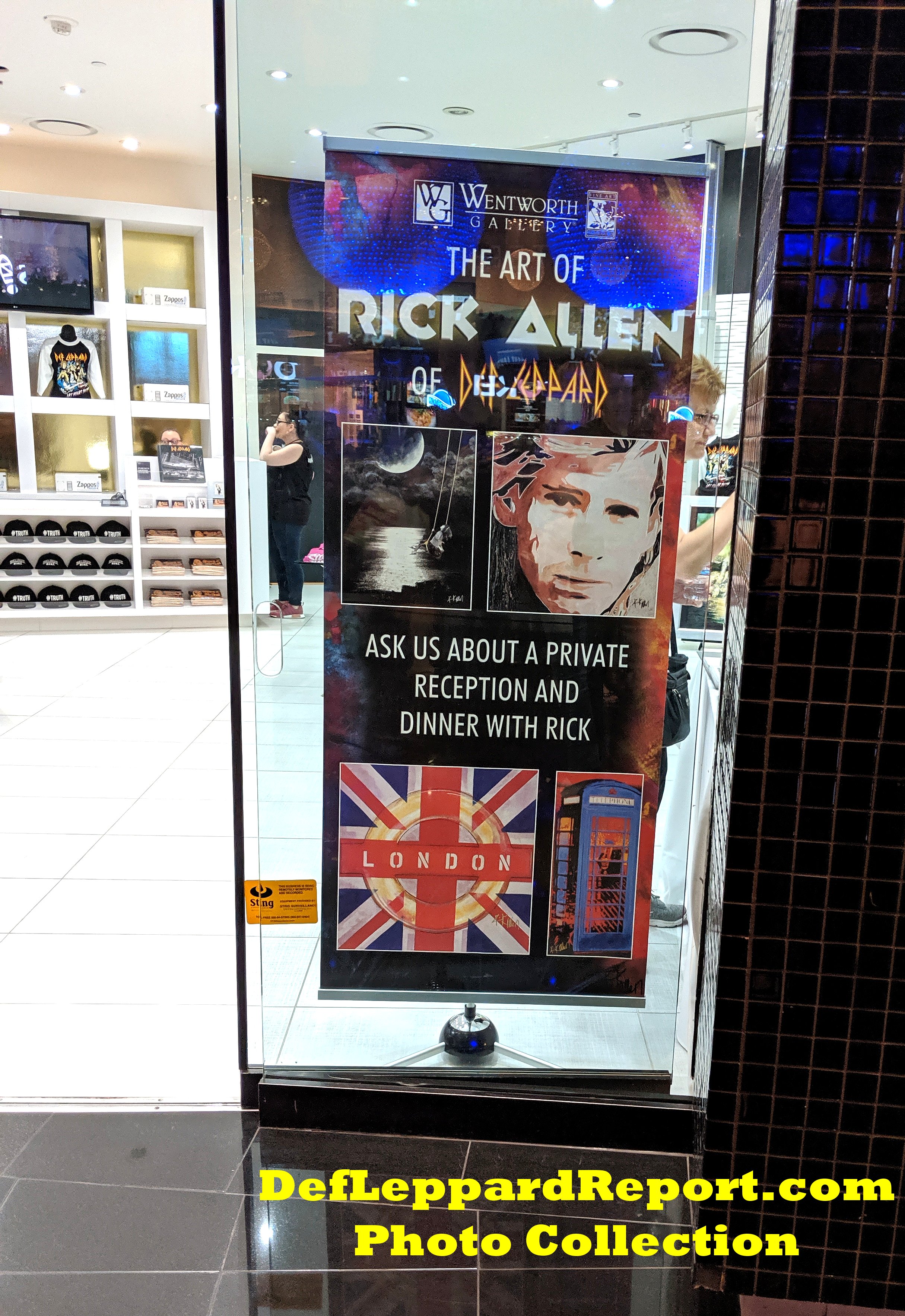 Here’s a section inside the store featuring Rick’s artwork: 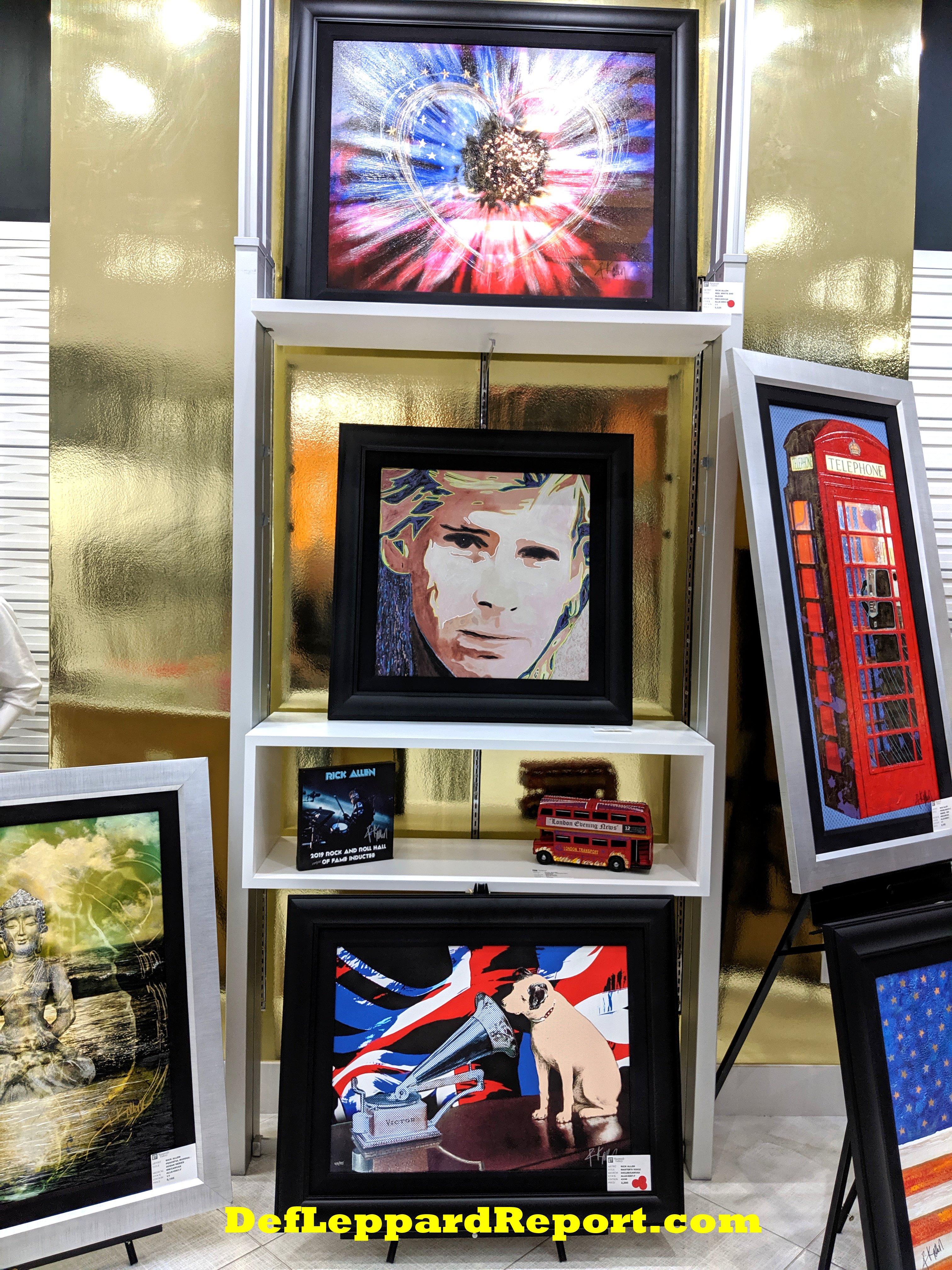 The store also displayed some of the limited-edition prints taken by Kevin Nixon. (Only 10 copies of each print exist that are signed by the band.) 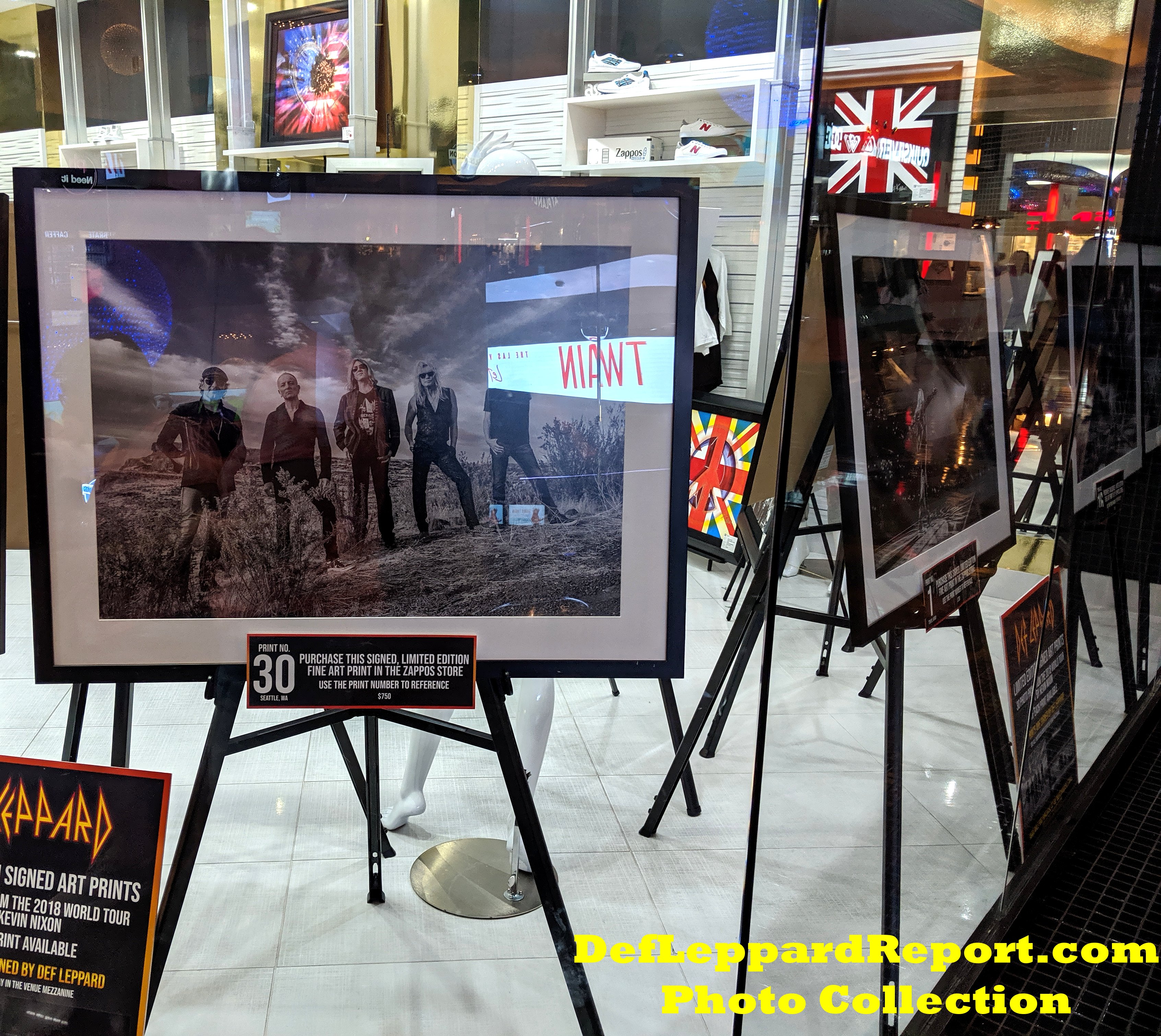 In case you weren’t aware, here’s more info about these rare, signed prints:

Further adding to the residency atmosphere, Def Leppard’s music blared throughout the Planet Hollywood casino, as well as near the Zappos Theater entrance (this photo is taken the day before the show)… 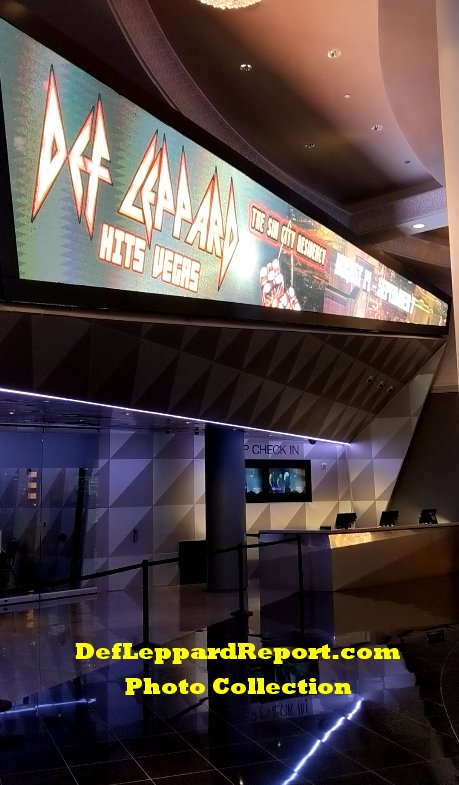 Once inside the venue, the show’s countdown clock beamed onto the stage’s curtain, ticking away…

The band was punctual and started at 8 p.m.:

Practically 80%-90% of a typical Def Leppard concert will include the same list of songs the band feels obligated to play.

Regardless, it was very refreshing to see (and hear) them mix things up a bit by including songs like “Die Hard The Hunter,” “Billy’s Got A Gun,” “Promises,” “Now,” “Let Me Be The One” and “Have You Ever Needed Someone So Bad” (part of an acoustic medley), as well as rarely played “Slang.”

It’s been over 20 years since I saw Def Leppard perform “Slang” live, and it takes me back to when I was working at the band’s record company — I fondly recall telling Joe after a show back in 1996 how their live performance of “Slang” adds a whole new energy to the song. (Just my humble opinion.) I’m pleased to report that the same magical energy still exists when it’s performed live, even after all these years.

The band also included their gem “We Belong” in the acoustic medley portion of the setlist. Considering its ranking as the best song off of the self-titled Def Leppard album, and based on the audience’s response, it was VERY welcomed.

Shaking up the setlist added a new crackle to the overall show and introduced an additional element of fun to the concert — for the band and fans.

(The band’s version of “Personal Jesus” played over the sound system right before the show started.)

Now, do I have an opinion about which songs the band decided to include (and not include) in their setlist, what they chose as their opening number, etc.? Of course I do! (Read it here.) But…there’s really no need to get into that at this time, especially when the residency experience as a whole was such a joy.

The band was in fine form, and nabbing general admission tickets presented the opportunity to be right up against the stage — more specifically (and strategically), up against the ramp that extends out from the stage and into the audience.

The end result was a MUCH more intimate show, and it was such a treat to see the guys again, especially so up close. 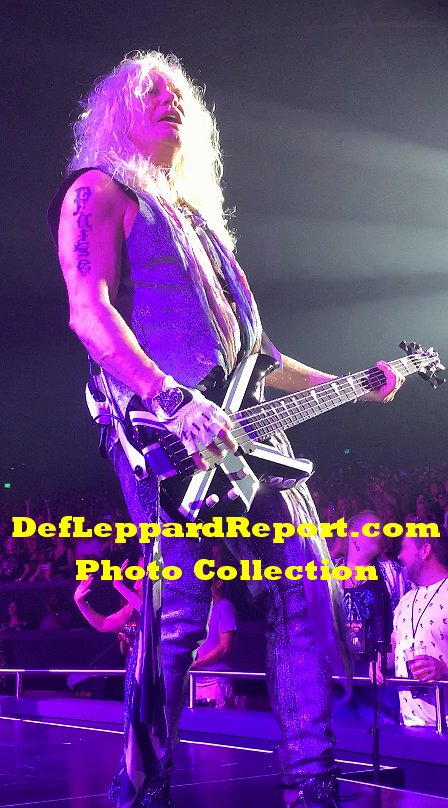 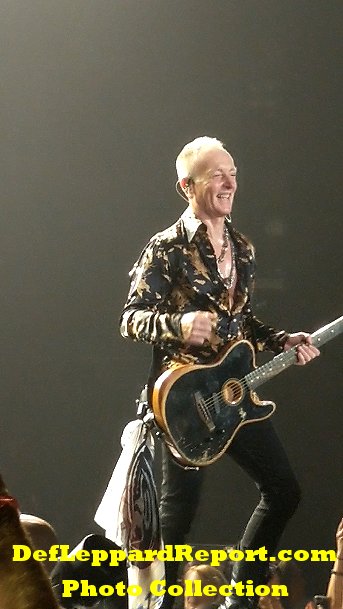 Here’s Vivian Campbell sitting nearby for the acoustic portion… 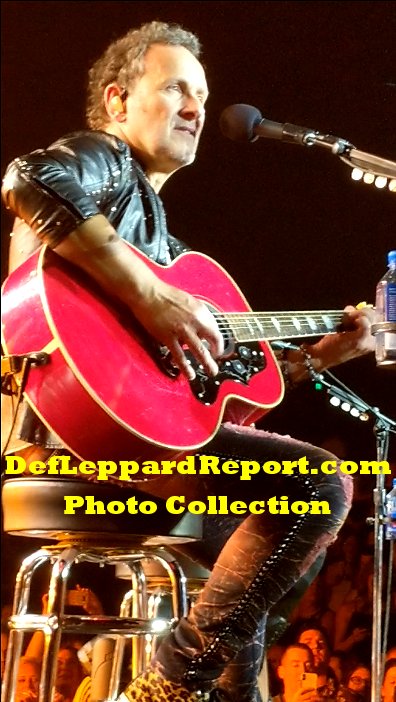 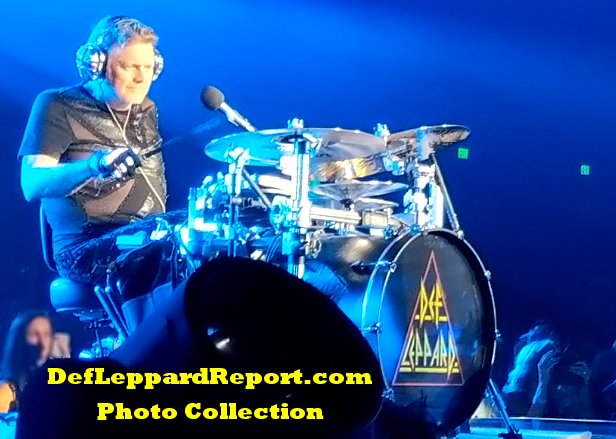 I’m pleased to report that Rick got his desired lighting “cone” too!

During the band’s performance of “Rocket,” Joe did end up walking right up to me while singing the song’s second verse. That’s me in the picture extending my hand… 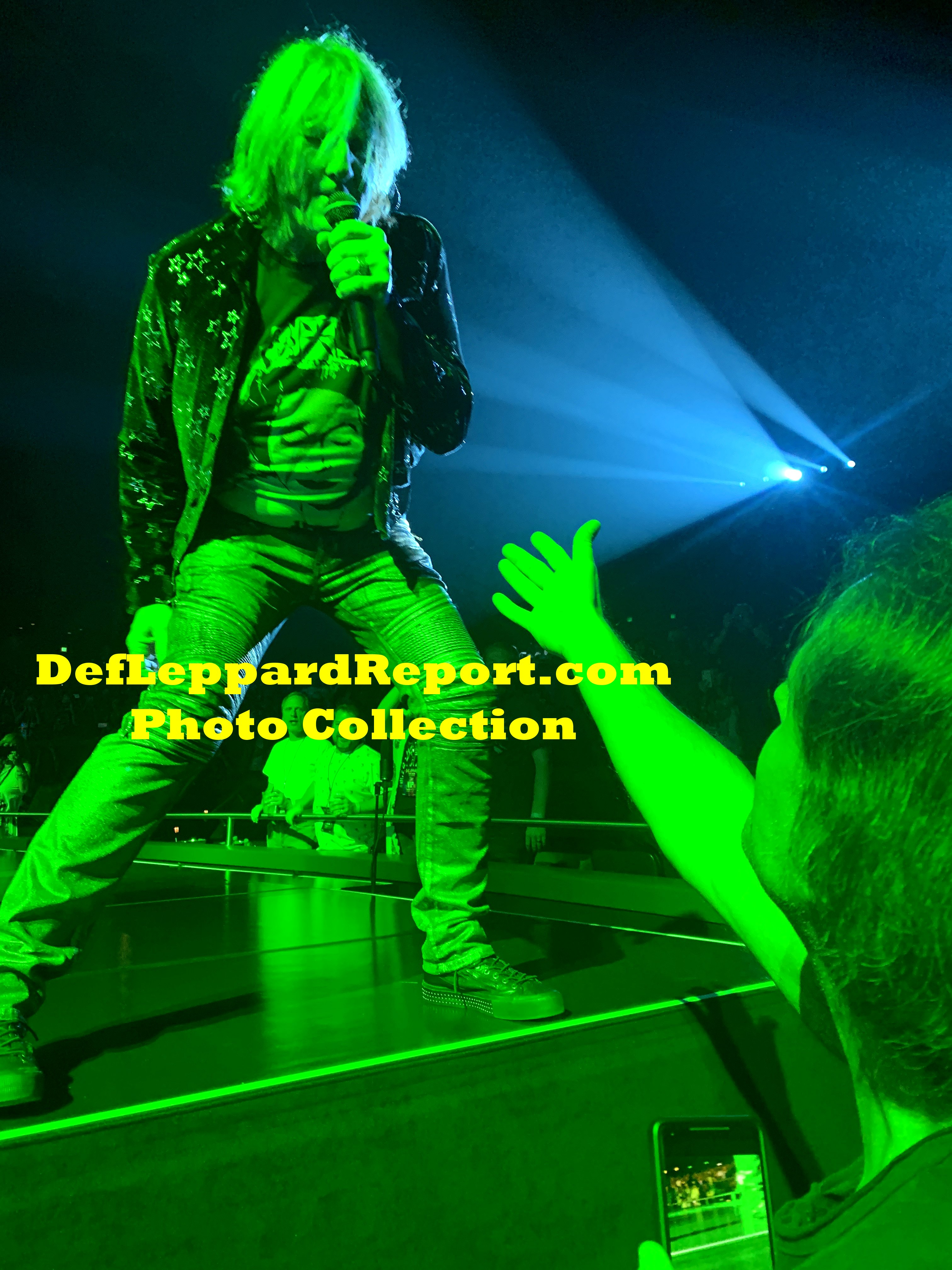 To cap off this extremely cool concert moment, Joe slapped me five before moving on… 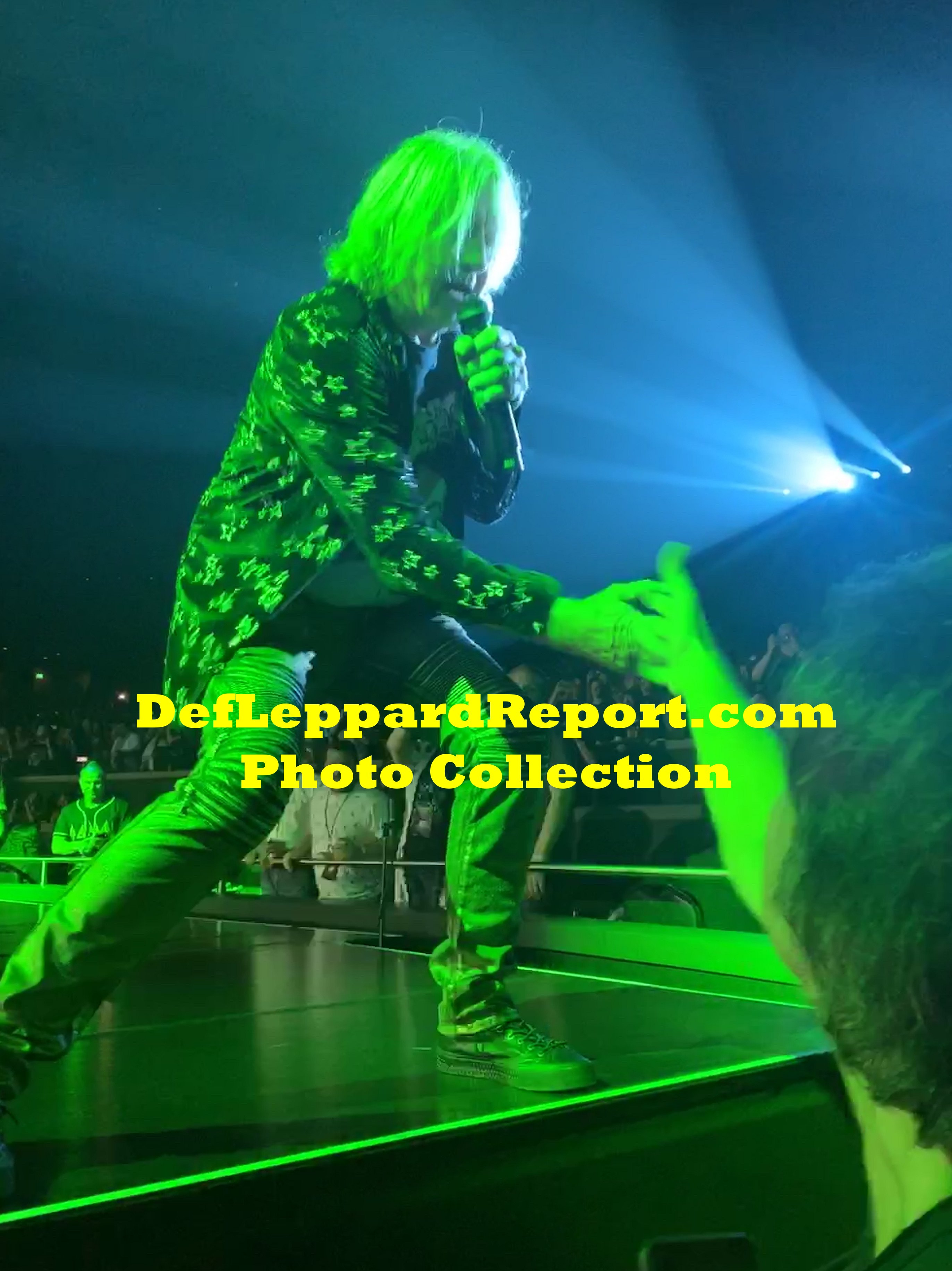 Truly a great memory. (I’m grateful it was captured on film!)

By the way, many other great shots of the band (and a lot of videos) were taken during the show; I’ll be sharing more from the collection in the future.

The word “great” sums up so many things about the evening.

The Zappos Theater’s sound was great; the theater staff and security were great; the many fans I met were great; and, of course, the show itself was…well, you know, great (for lack of a better term).

I’m so glad my schedule worked out the way it did and the opportunity to swing by Las Vegas resulted in such a great (there’s that word again!) experience.

To commemorate this special event, I had to get it…

Only ten prints are in existence of this unique photograph signed by the entire band, and I’m now the proud owner of one of them: 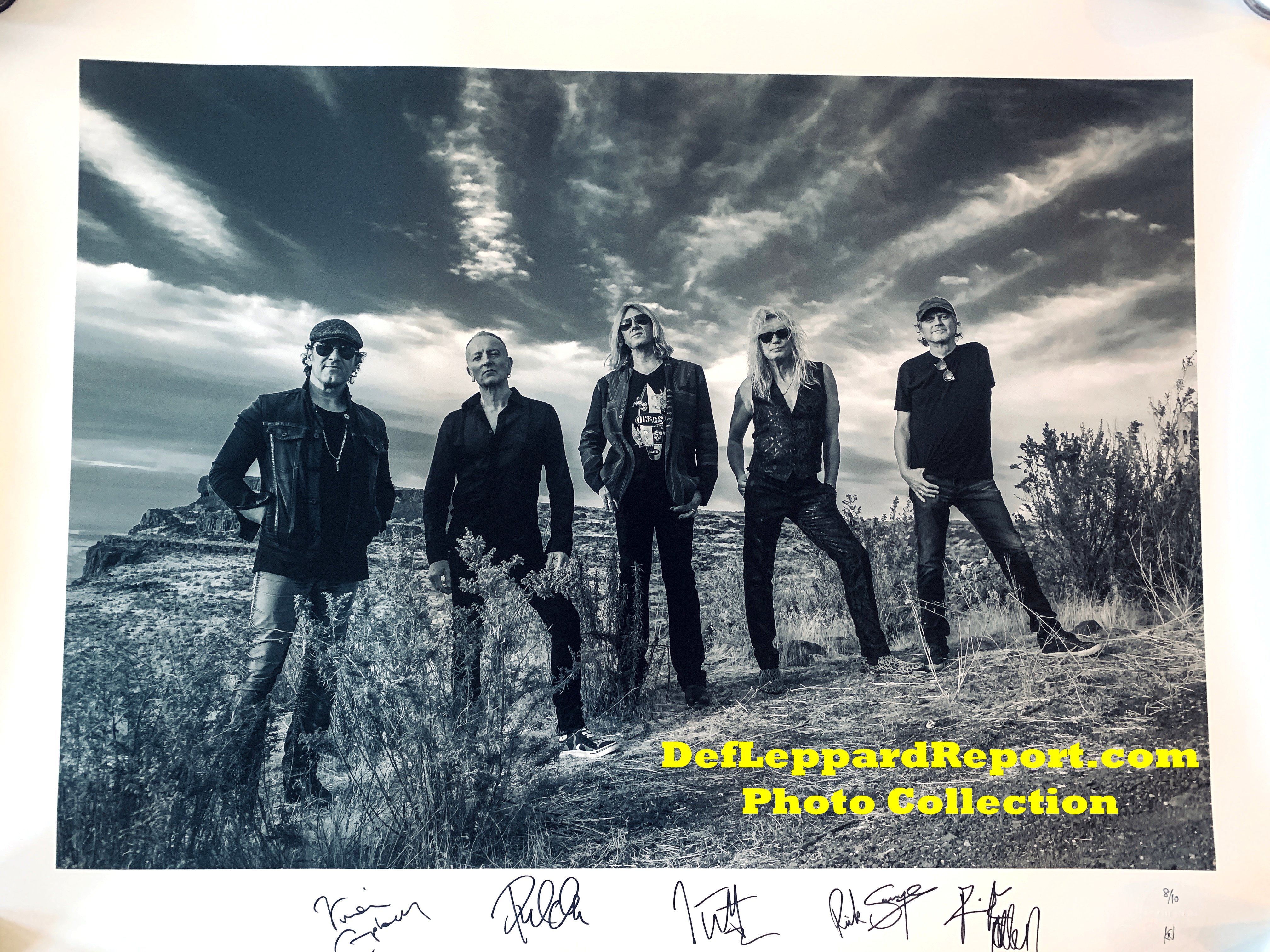 It will soon be framed and added to my Def Leppard collection of fond memories.

I hope you enjoyed this visual journey of the “Hits Vegas” residency and experience.

If you have the chance to see it or have been thinking about it, you should go! (Tickets are available.)

Many unforgettable memories just might be waiting for you too.